This powerful story immerses readers in the dramatic survival of one outspoken man who illuminates the souls of a billion ordinary Chinese citizens. 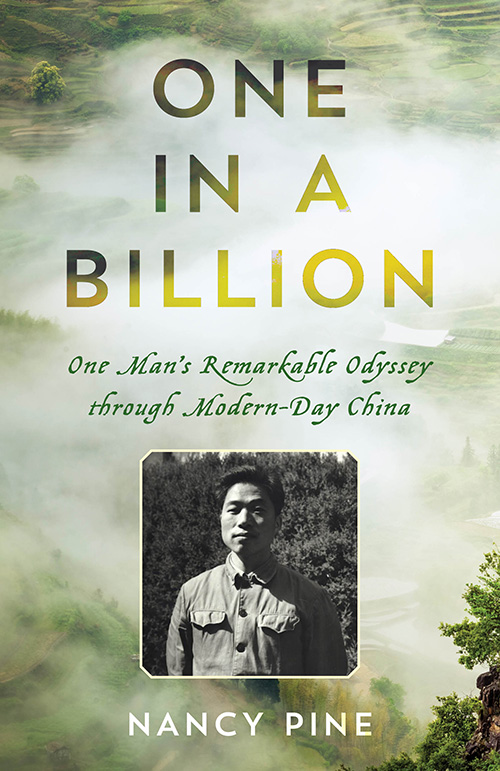 This powerful story immerses readers in the dramatic survival of one outspoken man who illuminates the souls of a billion ordinary Chinese citizens. An Wei—a stubborn, hardworking peasant who has lived by his values and stood up for his convictions—has succeeded against all odds in the authoritarian environment of China. Despite grinding poverty, hunger, reeducation campaigns, and attacks from jealous peers, An Wei continues to inspire with his daring achievements, such as launching a democratic congress in his own village. His compelling life provides a vivid backdrop for understanding the development of modern China from the unique perspective of an outspoken citizen. Through his audacious determination and survival skills forged in rural poverty, An Wei’s unstoppable drive to improve himself and rural China will captivate and enthrall readers.

“Combining lucid, concise descriptions of China’s history with intimate details of peasant commune life culled from a decade’s worth of interviews with An Wei, Pine presents an eye-opening portrait of how ordinary Chinese people can become driving forces for reform. Readers seeking to go beyond the headlines about China will learn much from this account.”
— Publishers Weekly

Generalizations about China and its struggle for meaningful reform can be corrected with this work about the life of one man. An Wei has witnessed the most traumatic and important events of twentieth-century China and has become a visionary fighter for grassroots democracy at the village level. Nancy Pine’s excellent book enables us to delve into the inner world of this modest yet effective survivor-reformer. After four decades of writing and teaching about China, I would recommend Pine’s scrupulous research and vivid focus on An Wei to anyone interested in understanding the jagged landscape of change in China today.
— Vera Schwarcz, Wesleyan University; author of Colors of Veracity: A Quest for Truth in China, and Beyond

An invaluable read for anyone seeking a deeper understanding of modern China and the benefits and burdens endured by its people. Nancy Pine masterfully reveals the personal aspirations of one man who struggled to establish grassroots democracy in the countryside, stood up for truth within the provincial bureaucracy, and built substantial bridges for US-China relations. His is a compelling life story about the crucial issues facing China today.
— Sharon Crain, Shaanxi Teachers University

Nancy Pine tells a delightfully readable and inspiring story about China through the life of An Wei. Readers will be fascinated by how he overcame setbacks, pursued education, and persevered through tumultuous governmental changes to become an interpreter for presidents and creator of democracy in his village. I look forward to encouraging all my contacts to read this book.
— Greta Nagel, Museum of Teaching and Learning

More than just another account of an individual involved in US-China relations, this fascinating account tells the story of a man who is an exemplar of global citizenship and whose actions have shown the younger generation on both sides of the globe how to interact in selfless ways that benefit others.
— Kelly Long, Colorado State University

Through the life of an ordinary man in China, Pine tells an extraordinary saga of struggle, perseverance, fortitude, and joy. Her subject matter, Mr. An Wei, has not held high positions nor is he wealthy, but his work has affected many lives in China and the United States. He continues to bring the two peoples closer to each other despite their many political and ideological differences. His story will inspire others to stand up and persist in doing what’s right.
— Peter Chan, Brigham Young University

From the very beginning of Nancy Pine’s book One in a Billion, I was drawn to the personal childhood stories of An Wei and the parallel historical events behind them. Especially for me, an immigrant from China who went through similar vicissitudes during those early decades of modern China’s development, An Wei’s experiences resonate with me and bring back many memories. Dr. Pine gives his rural and primitive daily life a distinctive regional flavor, her descriptions of local peasants and indigenous agriculture in An Shang village are vivid and true to character. In addition, Dr. Pine introduces many historical events such as the Great Leap Forward and foot-binding. This is a great story of one man’s long journey from a Chinese village to becoming a bridge between China and America. I found the book not only entertaining, but also informative.
— Joan Huang, freelance composer

A vivid and gripping account of the hardships overcome by a poor boy in rural China on the path to becoming a major force in the promotion of education and English language learning. An Wei seized the opportunity to get an education and used it aggressively to get that opportunity for the most underserved of China’s children.

It is the story of China in turbulent times; from farm subsistence living to the city, from nothing to becoming the link to expanding knowledge among villages in Central China.

A true story of courage, determination, and the drive of an individual on a never-ending quest for the betterment of community. A story of altruism that depicts overcoming obstacles and the harshness of life. One in a Billion is a personal story with a universal theme. A story of triumph against overwhelming odds told through one man’s journey.
— Peter H. Antoniou, California State University San Marcos

This one book could change your opinion about what you think of China, its government, and its people.
— Debra Foster, niece of Helen Snow

China matters. But how can American readers possibly grasp the complexities of that world power whose fate and ours are inextricably bound? The best way may be to read Nancy Pine’s superb biography of one extraordinary man whose odyssey through modern China is the closest we can come to a complete explanation of what makes China tick.
— Eric Maisel, author of Coaching the Artist Within

An Wei’s personal history is interwoven with China’s history as it grew from dynasty to chaos to unified country. Nancy Pine’s book makes the ‘image’ of China more than a superficial Communist behemoth—it gives an insider’s perspective to the experiences of people who lived there throughout these transitions and who live there now.
— Elizabeth Tatum, social justice activist

An Wei’s story of courage and dedication deserves to be better known in both China and the United States.
— Robert Farnsworth, author of From Vagabond to Journalist: Edgar Snow in Asia, 1928–1941 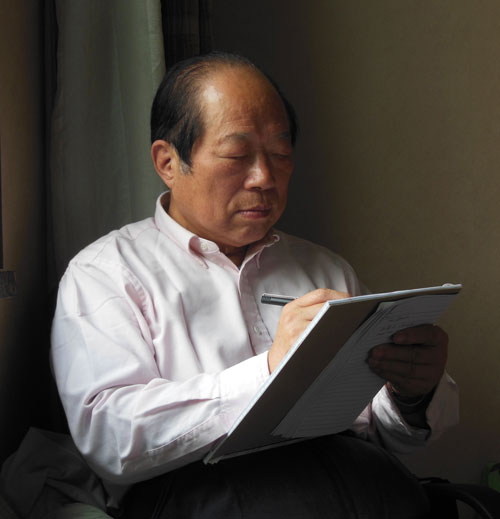 Like Edgar Snow in Red Star Over China in the 1930s, Nancy Pine has discovered a largely unknown Chinese figure in a remote village who encapsulates much of the extraordinary story of modern China. Snow found Mao Zedong. Now Pine gives us An Wei, a bright, ambitious child born to a peasant family in the same region. He and his family suffer through the traditional plagues of old China, drought and locusts among them. Then they must endure the new hardships inflicted by Mao, the grandiose building of communes, starvation during the Great Leap Forward, and the cruelties of the Cultural Revolution. In a modern twist, An Wei finds his own way forward by learning English and becoming a translator for visiting American dignitaries, among them, Snow’s widow.
— Fox Butterfield, Pulitzer Prize winner and author of China: Alive in the Bitter Sea

The friendship between An Wei and Helen Foster Snow must be one of the great friendships of the twentieth century. Symposiums, schools, scholarships, exhibits, and exchanges between China and the United States—all organized by An Wei over a period of nearly forty years, carry the US-China connection of friendship to the coming generations. How did a man with such entrepreneurial ability emerge out of the Cultural Revolution? Nancy Pine’s book is the remarkable answer.
— Sheril Foster Bischoff, Helen Foster Snow Literary Trust

It is oh-so-true that most Americans know China solely through quick commercial tours and media propaganda. Nancy Pine’s biography of a single man and his fascinating career gives a glimpse of what has and can happen to make a difference in so many lives―one person at a time. After many years of being associated with An Wei and his colleagues and mentees through work, I can attest to his commitment and his enduring legacy. Nancy Pine portrays my friend as a man who has successfully spanned a gap and made the world better for those around him and those of us on the other side of the global bridge. Enjoy the read!
— Mary Warpeha, US-China Peoples Friendship Association of Minnesota

It is rare when an individual’s life so perfectly parallels a revolutionary era in a vast nation’s history. It is even rarer when that individual tells his story in fascinating detail to an American. That American is China scholar, Nancy Pine. The individual is An Wei, born in 1942, synchronized to catch the wave of Mao’s Cultural Revolution, Great Leap Forward and the oppression and corruption that followed. Chinese history is revealed in the details of a boy’s life; a boy who caught and killed sparrows to protect his family’s crops; who gathered fake money so he could use the paper three times over to practice his writing; a young man who grew up to challenge government corruption with the skill of a tight-rope walker. Ms. Pine’s writing is clear, concise and swift moving; never upstaging a remarkable man’s story. In One in a Billion the complex history of a complex country unrolls with the ease of a deeply textured Chinese scroll. To read this book is to absorb Chinese history through one person’s unforgettable life story.
— Val Zavala, KCET award-winning journalist