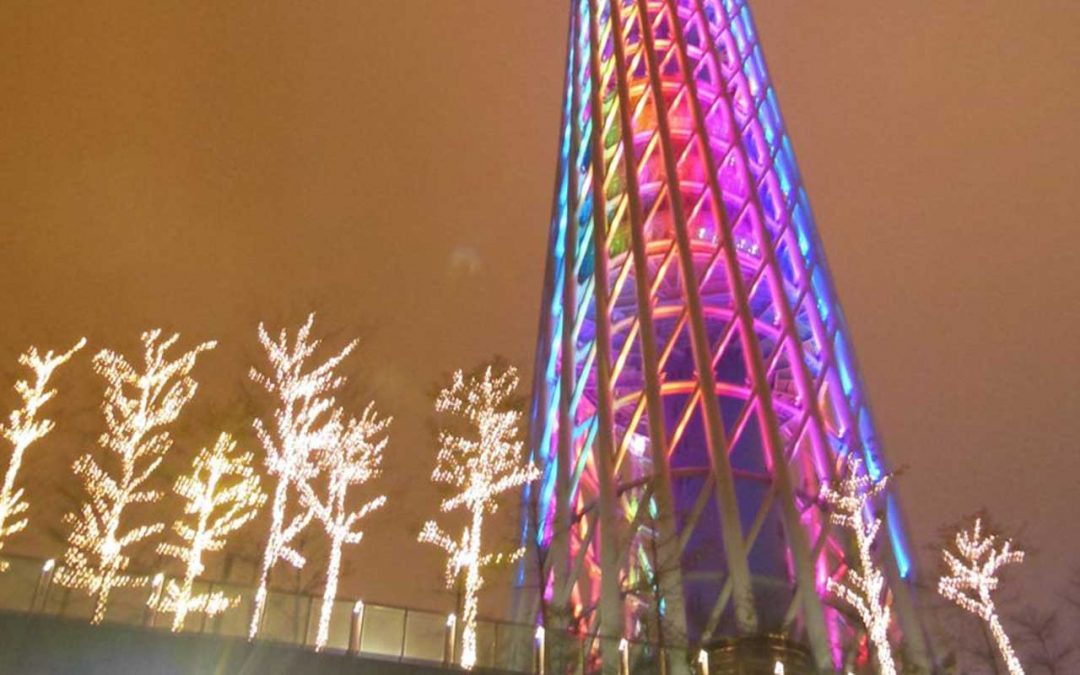 Between a conference in Hong Kong and meetings in Nanjing, I realized I could head for Guangzhou. In two decades of traveling to China, I’ve never been there, partially I suspect because of its intimidating culinary reputation that sits large in the world. Snakes and other unsavory critters are standard fare.

Pick out a snake in the window and have it cooked for you. Yeah, well I didn’t see one in Guangzhou. I’m sure there are some, but they aren’t the main item of everyday cooking. What is it about us westerners—or at least North Americans—that needs to stress the bizarre?

I dusted off some very old emails and let “Paul” in Guangzhou know I would be there. We had done some work on educational assessment when he was in Los Angeles five years ago. To my surprise, a response bounced back the same day. “Yes, it would be great to see you after all these years. I’ll get some of my friends together and we can have dinner.”

Navigating Hong Kong metros and trains I made it to Guangzhou for a day of conversations with educators and an unplanned fast two-hour walk in an attempt to reach the Pearl River that bisects the city twice. Returning to the hotel dripping with sweat, I stripped, sat for a bit to re-center, and found some decent suitcase smashed clothes for dinner with Paul and friends. He’s the head of assessment and evaluation for the teachers and schools of Guangzhou, a large vibrant metropolis. His friends, all from upper echelon offices of the city or provincial government, had been in LA for a Sisters City program. They had attended a course at UCLA about administrative practices, completed reports related to their fields, and had some time to travel. The dinner was a chance for “their class” to get together.

The reminiscences began, and although we talked about their work and some of the issues they face, the evening was peppered with a hilarious set of tales about their adventures. All the things they learned, later, that they shouldn’t do. Beginning with the little things. They lived in an apartment together, and Paul was obviously the penny pincher. One-pot meals were the rule. Make the rice in the cooker first. Then use the same pot for cooking everything else.  Period.  Paul discovered that Americans don’t eat fish heads, so for $3 he could get a large, delicious salmon head to feed everyone. They shopped in a super market and were pleased that there were shopping baskets provided for taking their purchases home. They had no idea this wasn’t common practice. Everyone else seemed to have cars and not need a cart.

Next they turned to their travels.  Chicago to Key West in 15 days.  Seven of them flew to Chicago, rented a van, piled it high with their luggage, and the cooking pot, and set off. Ohio, New York State, Boston, Connecticut, New York City staying in economy hotels and motels. Philadelphia, Virginia, Washington, D.C.  Then on to Atlanta. They couldn’t remember all the cities, they said apologetically.  Next, to Miami.  “We cooked in the bathrooms,” said an elegantly clad woman who is a high-ranking official, savoring the memories. “The signs said no cooking, so we figured with the fan on in the bathroom, we could do it.” Cook the rice first. Then the rest of the food.

I began asking questions. Had they ever driven in China? “Oh, yes,” said a quiet, bemused real estate developer. What kind of license did you have? This brought a burst of laughter from all of them.

They had gone to an office of some kind in Guangzhou that handles overseas documents. They were told all they needed was a translation of their Chinese licenses. So, that’s what they got. However, south of Miami their schedule was tight and they were going fast. Flashing lights appeared behind them and they kept driving.  Then a siren.  They didn’t know what that meant and continued on. Finally, a police car passed and cut them off.

They must have looked pretty sincere, is all I can say. After a lecture about what you’re supposed to do with flashing lights and a siren behind you, the officer looked again at their license he was holding. “Where did you buy this?” was all he could say. Following their detailed and nervous explanation, he delivered a lecture saying it would do no good to fine them because (a) they wouldn’t be able to pay it through the courts and (b) they were leaving the country. Therefore, his task was to educate them.  And he let them go. 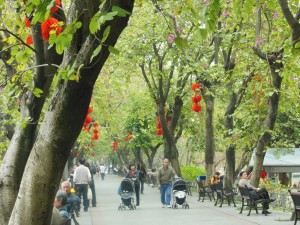 were made, and other tales tumbled out gleefully.  It felt like true confession time.  All the tales they’d never told anyone. They went from one story to the next.  Three of them being stopped in Alabama and searched by police at gunpoint, suspected of being drug dealers. They waited while the police went through everything in their car and then apologized for keeping them so long. Another time Paul made a short trip to Alaska, and he and his friend walked up to a house window and looked in to see what was there. The burly woman of the house appeared with a shotgun and suggested they move on.

Eventually the dinner conversation turned to more serious things. Paul was dealing with issues of how to rate teachers and schools and pacify irate parents without giving in to them. We moved on to schools and how to get creativity into a system driven by exams.  Paul’s department has tried to break some of the tradition that drives parents to do almost anything to get their children into the “top” schools, and parents are furious.  The most nightmarish issue, they agreed, was handled by the woman they insisted was the boss of their LA class.  She’s in charge of quality control for all foods and drugs in Guangzhou and the situation is a morass of problems.  They are working toward having one bureaucratic overseer, like the FDA, but she said they are a long way off and the issues are immense.

The dinner wound on with genteel toasts—tiny splashes of wine in lovely wine glasses—interspersed with talk. With each toast a few more gleeful memories erupted, an enjoyable contrast to the daily issues they face.